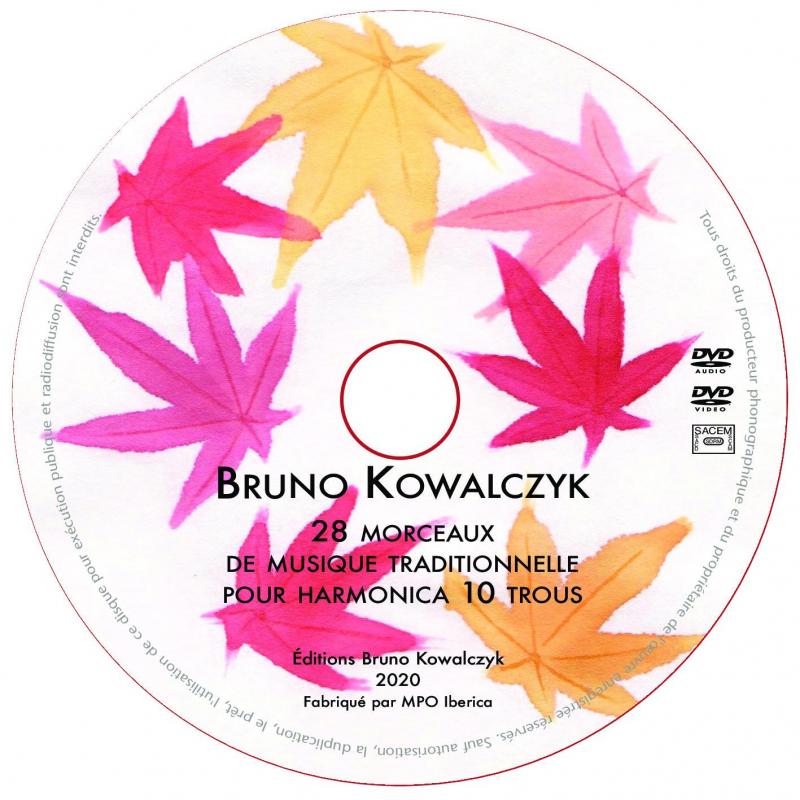 I was born April 25, 1954 in the small village of Nantes, France. In 1929, like many other Polish people of that time, my grandfather and his father (only two years old then) had immigrated to France to escape poverty and to find work. My grandfather worked in the mines of northern and central France, eventually settling near Nantes, in Couëron. It had (and still has) a Polish community consisting of a school, a church, and a group of people interested in folk dancing.

I come from a long line of harmonica players. My grand-father and father played, and my two sisters, two brothers, and my cousins still play. I  have been playing since I was 6 or 7 years old, having learned by listening to my father and grandfather play Hohner Echo tremolos (tongue blocking style). My repertoire initially consisted of traditional Polish waltzes, mazurkas, “obereks,” “krakowiak,” and religious tunes sung by my family. I remembers how proud my father, Stanislaw, was when he would ask me to jump up on a table and play for friends and neighbors.

In 1970,  like many other adolescents, I became interested in rock’n roll and temporarily stopped playing the harmonica. Later, in the 70’s, I reprised it to play bluegrass and French folk music. Around 1985, thanks to Francine Reeves et les Maudzits français, I discovered and dedicated myself completely to Québécois music.

My love for Québécois music has not wavered since, even though I play folk music from various other traditions, including French, Polish, Irish, Scottish, and Swedish. Only a few people in France play Québécois harmonica, but many  play  it  in  Québec,  and   I  have  played, learned from, and befriended most of them : Mario Forest, Gilles Garand, Norman Miron, Gabriel Labbé, and Yves Lambert  to name a few.

I was harmonicist in three different bands: “Rivière du loup,” which I founded with Alain Chatry in 1989, “La tuque bleue,” and “Chicoutimi”.

I have recorded three CDs of my own: C’est pas pire (1995) contains 30 tunes, most of them Québécois. It features pianist and guitarist Philippe Sécheppet, from “Rivière du loup,” and fiddler Olivier Chérès  from “Les Maganés.” Ca pas d’allure (1999) contains 25 tunes, five of them Québécois, many of the others written by myself and my friend Olivier Chérès. It features Mathieu Mauger (my nephew, who I initiated in this type of music) on the melodeon, Olivier Chérès on the fiddle, Philippe Sécheppet on the guitar and piano, Roby Adad on the guitar, Benoit Legoff on the drums, and Emmanuel Pariselle on the concertina. I also recorded La Belle Catherine (1996) with the group “La tuque bleue,” a band in Basse Normandie featuring Roby Adad on guitar, Thierry Héroux on the fiddle, feet, and vocals, Benoit Legoff on the drums. I also played harmonica on Alain Chatry’s CD Entre France et Québec (1997).

2010 : I wrote a book (translated by my friend Ray Lambert) : The harmonica and traditional québécois music : history, techniques, scores, and players. There is a CD with the book : "Vente de garage".